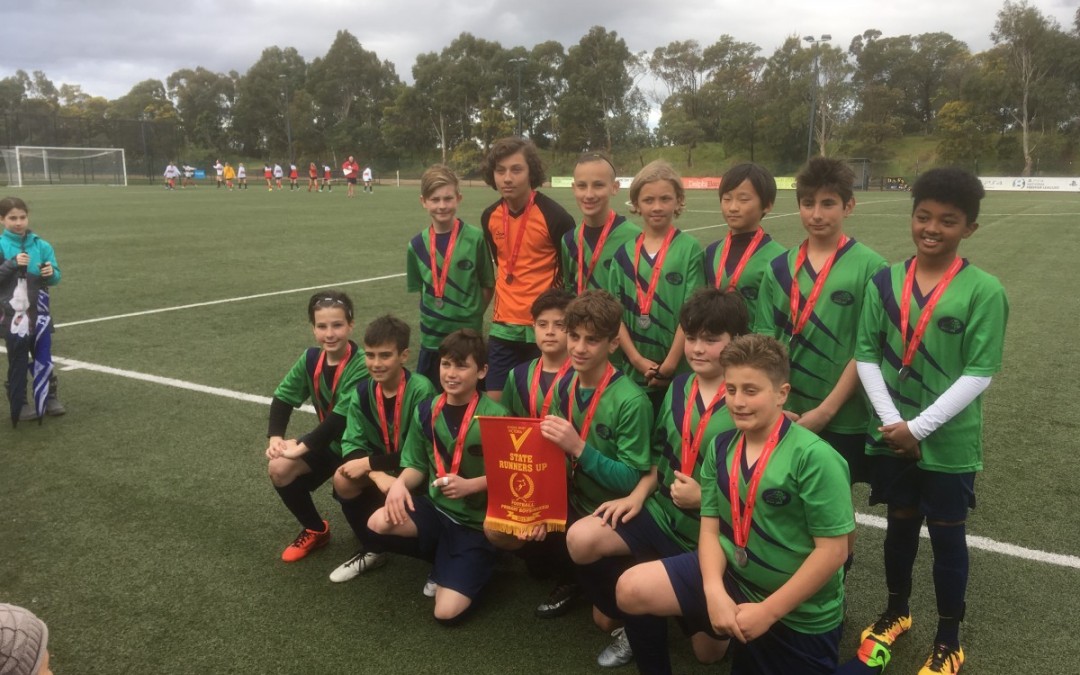 The Amsleigh Park Soccer team 2017 wrote themselves into our history books today with an amazing day at the Victorian primary schools soccer finals. After winning their way through district, then division, then region it all came down to the final eight teams from Victoria. Our mighty soccer team won three games against very good sides in the round robin section, progressing onto the State final against Cardinia International School from Geelong. The final was tense and every skill was on show as the two evenly matched teams battled it out. At full time, the score was 1-1, so the game went into extra time, and, after a wonderful strike from Xander in the dying seconds, the score was 2-2. Finally, the game was to be decided on penalty shootout, and despite our valiant efforts, we were ‘Runner Up’ in 2017. I could not have felt prouder of our team and I want to congratulate them on this outstanding effort. In all my thirty years in Education, it is the only team that I ever had make an actual State final in a team sport. The chance of getting all the way to end is like winning a Gold medal in the Olympics, only on this occasion we took Silver, so let’s celebrate this great success, it’s one for the history books indeed!