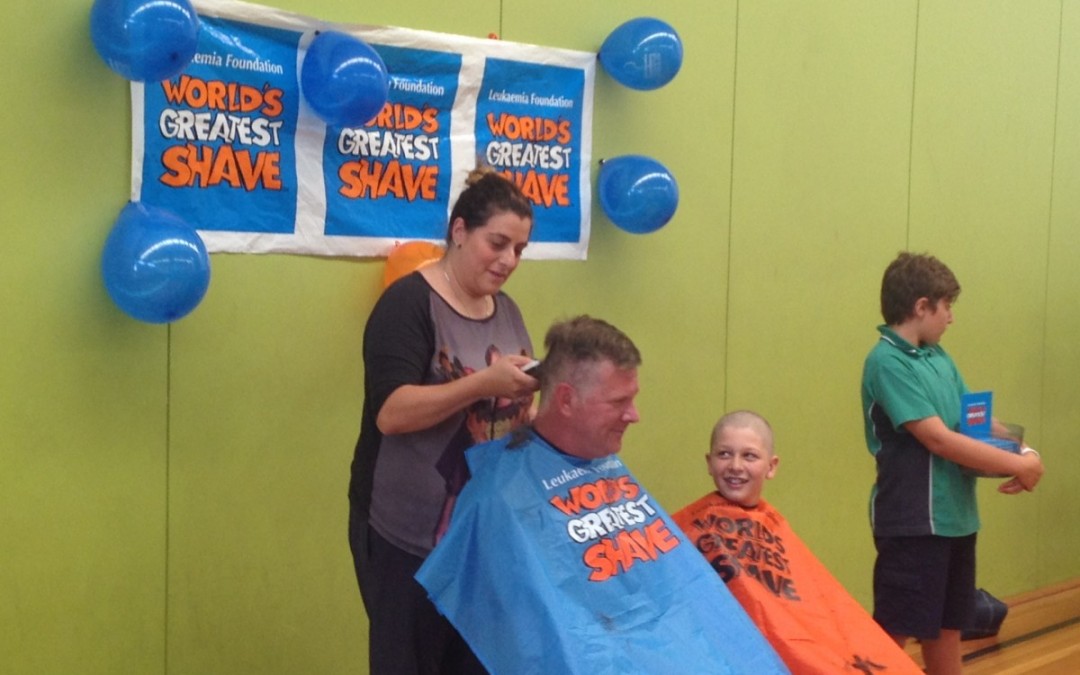 Beau and his dad, Hamish, had a close shave last Friday as they participated in the ‘World’s Greatest Shave’ for 2017. Their family was personally affected by Leukaemia recently, and decided to shed theirs locks in memory of their grandmother and mother. Taking this action was a very admirable and brave undertaking and we hope that Beau will meet his fundraising target. A large group of students and staff attended the event and showed appreciation for Beau in cheering loudly and chanting his name. So far this year the event has raised more than 10 Million dollars across Australia, and this money will be used to research treatments for this form of blood cancer. Currently 60,000 Australians are living with this illness which is the 3rd most prevalent type of cancer. Anyone who wants to donate can bring a gold coin to school by Friday 24th March, 2017. Beau will be collecting from classrooms all this week!